What Are Your Unconscious Biases? 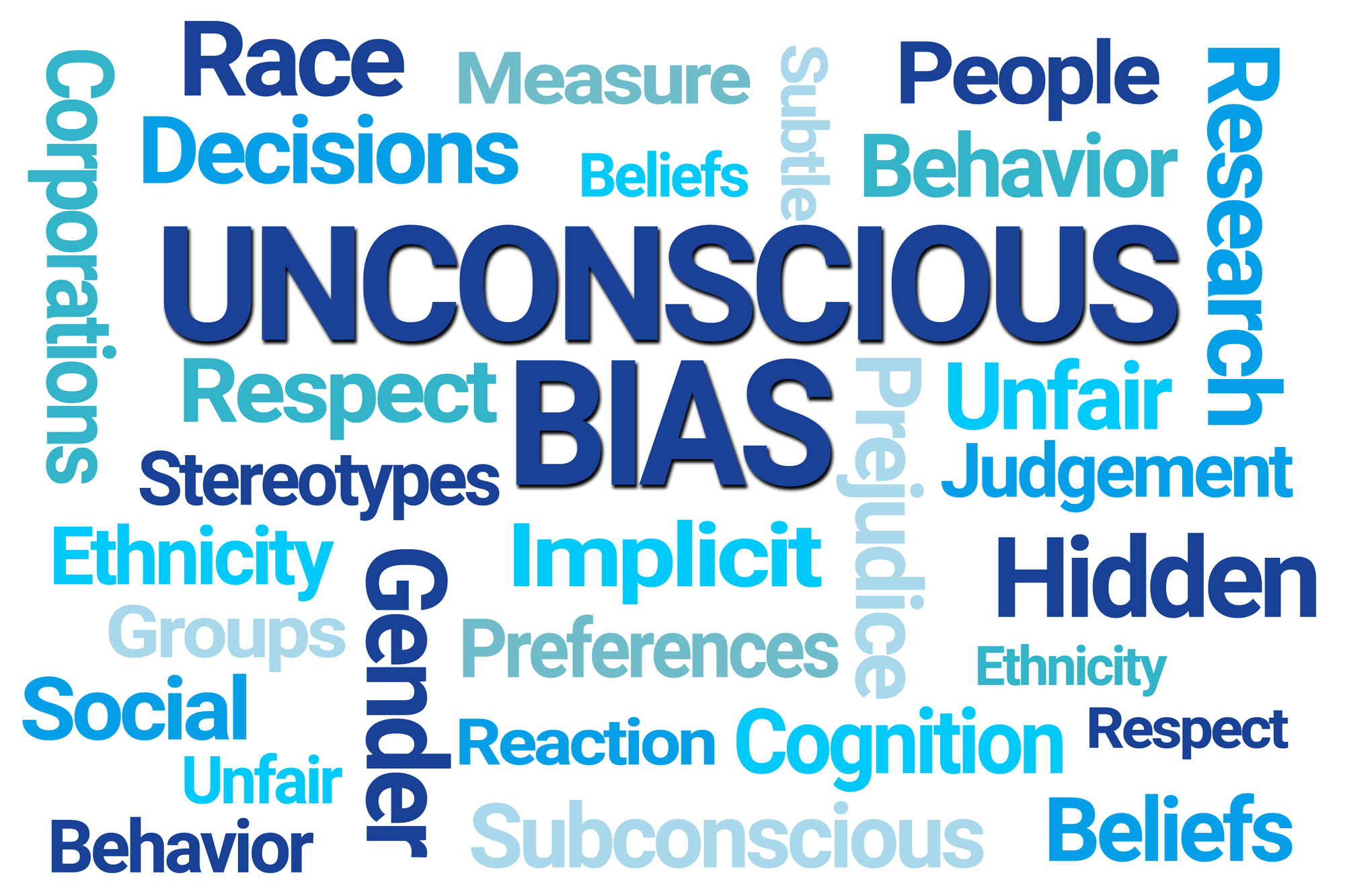 What Are Your Unconscious Biases?

Yes, all of us have implicit biases to some degree; some people are consciously biased and purposefully discriminatory, but others are simply unconsciously biased. Implicit bias does not necessarily mean we will act in an inappropriate or discriminatory manner. Rather, implicit bias can be defined as the attitudes or stereotypes that affect our understanding, actions, and decisions in an unconscious manner. Unfortunately, if left unchecked, unconscious bias can be extremely problematic, even illegal in the workforce. New California laws are requiring unconscious bias training for many groups including legal, law enforcement, and anyone associated with perinatal care, but all industries can benefit from Bridge Safety Consultants ’ unconscious bias training.

What is Unconscious and Implicit Bias?

Implicit bias, also known as unconscious bias, is the result of our brains performing one of their most primary evolutionary functions- absorbing and organizing. Our brains are hardwired to make unconscious decisions because the number of choices we face every day would be overwhelming if we had to consciously evaluate every single one. Unconscious bias can be based on race, gender, age, social class, physical attributes, education, and more.

Unconscious Bias in the Legal Industry

Widespread gender and racial bias permeates hiring, promotion, assignments, and compensation in the legal industry. Fifty-eight percent of women attorneys of color, and half of white female lawyers, have reported being mistaken for administrative staff or janitors, versus only 7% of white male lawyers.[1] For the legal profession, understanding implicit bias and ways to debias one’s approach to law-related issues and decisions is critical to a fair and representative perception and reality of access to justice and equity. Therefore, acknowledging and understanding this implicit bias response and its value and role is critical to informed decision-making and is particularly critical to those whose decisions must embody fairness and justice.

Racial bias within the health care system is contributing to the disproportionate number of pregnancy-related deaths among women of color, according to the American College of Obstetricians and Gynecologists. Providers spend less time with black patients, ignore their symptoms, dismiss their complaints, and undertreat their pain.[i] A study by the former U.S. Surgeon General David Satcher and others found that an estimated 84,000 “excess deaths” could be prevented each year in the United States if the Black-White “mortality gap” were eliminated. The pervasive racial disparities in maternal and infant deaths is being called a public health crisis.

The reality is that our attitudes and behavior toward other people can be influenced as much by our instinctive feelings as by our rational thought processes. One of the goals of unconscious bias training is to make managers and employees aware of their prejudices, because left unchecked they can have damaging consequences both financially and safety-wise.

How will Unconscious Bias Training help?

At Bridge Safety Consultants, unconscious bias training, often referred to as implicit bias training, is aimed at creating healthy work environments free of discriminatory behavior and stereotypes. Unconscious bias is arguably human nature, but if left unchecked these unconscious biases can affect the workplace in a way that’s not only unhealthy for productivity, but is now also against the law.

Why Diversity Matters in Your Industry

Though not every industry is affected by these new laws, unconscious bias training programs are a good idea for companies in every industry. It’s well-documented that well-managed diverse groups perform better; they have a broader range of ideas, higher collective intelligence, and individuals tend to be more committed and better at solving problems in diverse workplaces. Studies show that perceived discrimination (how people feel when they’re being discriminated against) can affect various elements of their performance, such as commitment, job satisfaction and work tension. Therefore, Bridge Safety Consultants’ unconscious bias training can lead to increased adaptability, better customer service, greater innovation, and easier recruitment and retention.

What Topics are Covered in an Unconscious Bias Training?

Unconscious bias training should include examples of how implicit bias affects perceptions and treatment decisions and strategies on how to address unintended bias in decision-making. At Bridge Safety Consultants, our unconscious bias training covers both of these topics and emphasizes participation so that each training is tailored to the needs of your specific company, your individual employees, and the industry within which you operate.

Though not every industry is covered in these newly-passed California Implicit Bias Training laws, every business can benefit from understanding, recognizing, and addressing unconscious bias. At Bridge Safety Consultants, we offer in-person and remote unconscious bias training programs in addition to safety incentive programs, sexual harassment programs that satisfy California’s sexual harassment law SB 1343 requirements, and human trafficking prevention programs that meet the requirements of SB 970. All of our training sessions are engaging, informative, and entertaining. To speak with one of our trainers to learn more, or to schedule training, contact us here or proceed to booking your training HERE